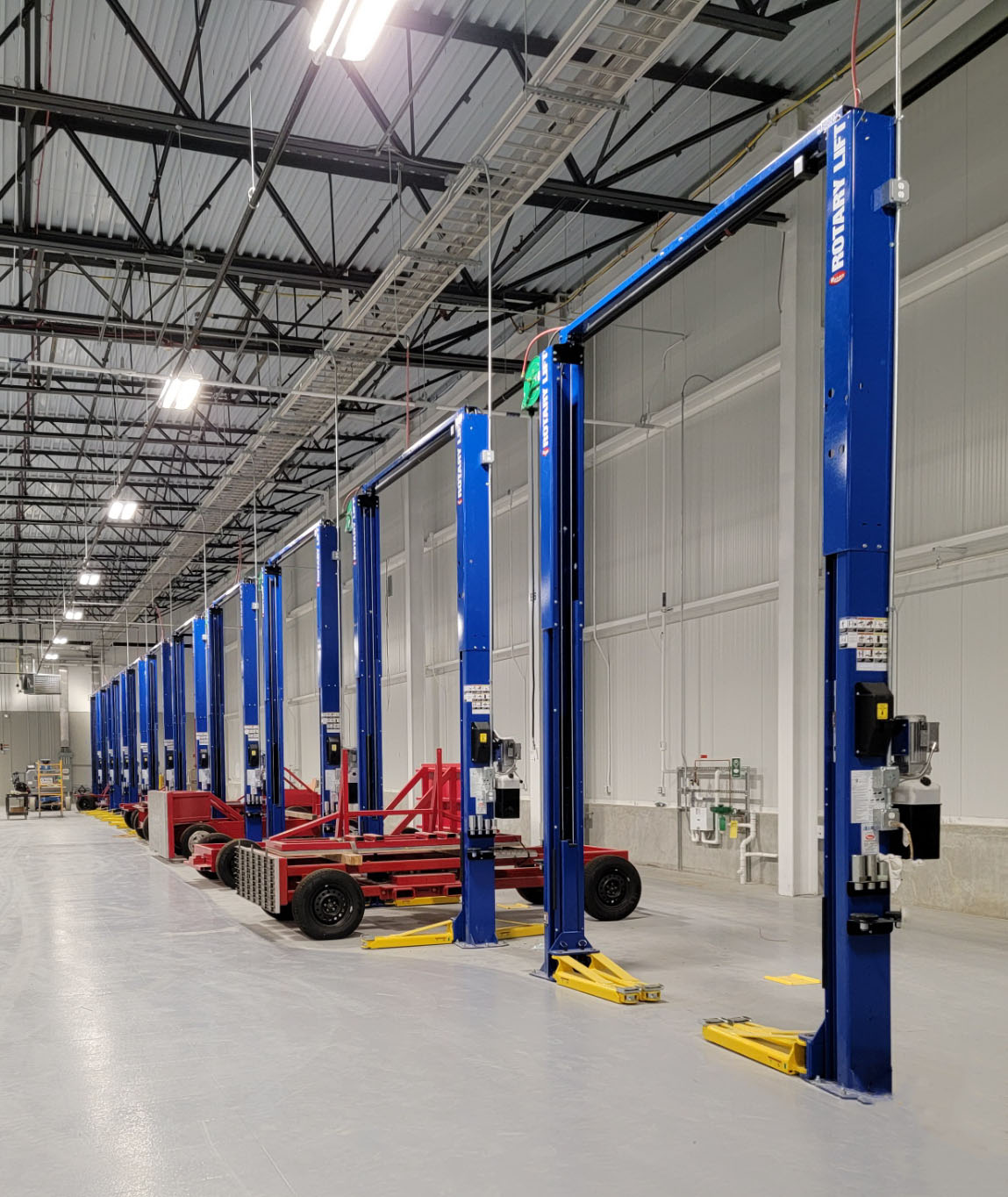 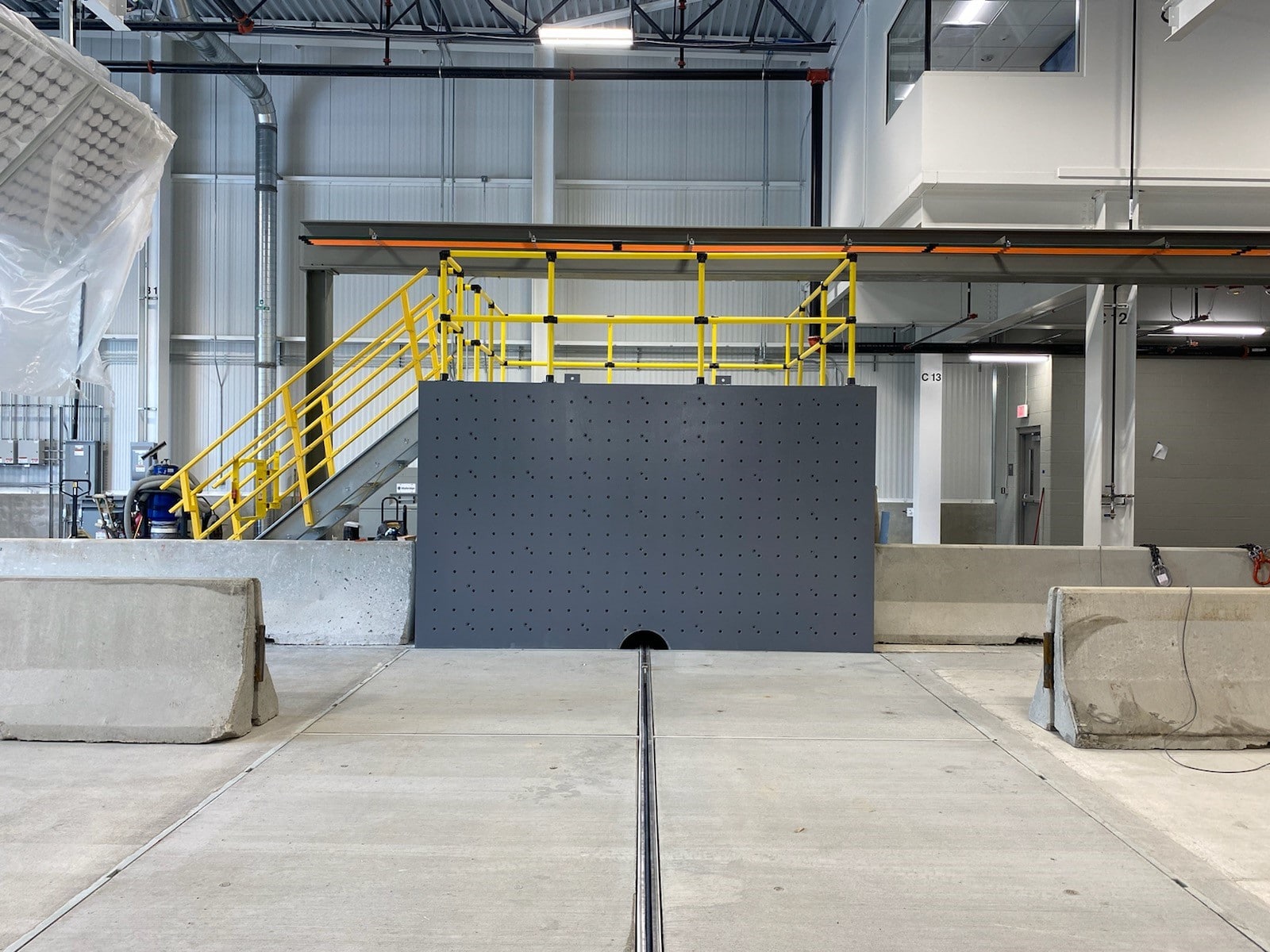 Nissan Motor Company brought on-line this past year a brand new facility dedicated mainly to conducting automotive crash tests. The facility was built by Walbridge, a world leading contractor headquartered in Detroit, Michigan. MGA’s role in the facility focused on major equipment items, integration, and staff training. The new “Safety Advancement Lab” was built next to the existing Nissan Technical Center North America in Michigan. Every aspect of the facility was curated with global regulations for standardized test modes in mind, including the EuroNCAP MPDB Cart-to-Car.

With MGA’s long history in automotive testing, we were able to provide an array of equipment such as: rigid barriers, various crash carts, barrier fixtures, and a vehicle rotisserie. As all this equipment is designed, developed, and already in use at MGA facilities, we provided extensive training on the equipment, along with general crash operations, well before the completion of the site. This turn-key facility was able to be completed in just 18 months consisting of two independent tracks side by side, two rigid barriers, and independent motor control. Aside from crash testing, the 116,000 square foot facility consists of a vehicle preparation / inspection space containing 24 vehicle lifts, a full Dummy and Instrumentation Calibration Lab, and a Pedestrian Safety Lab. 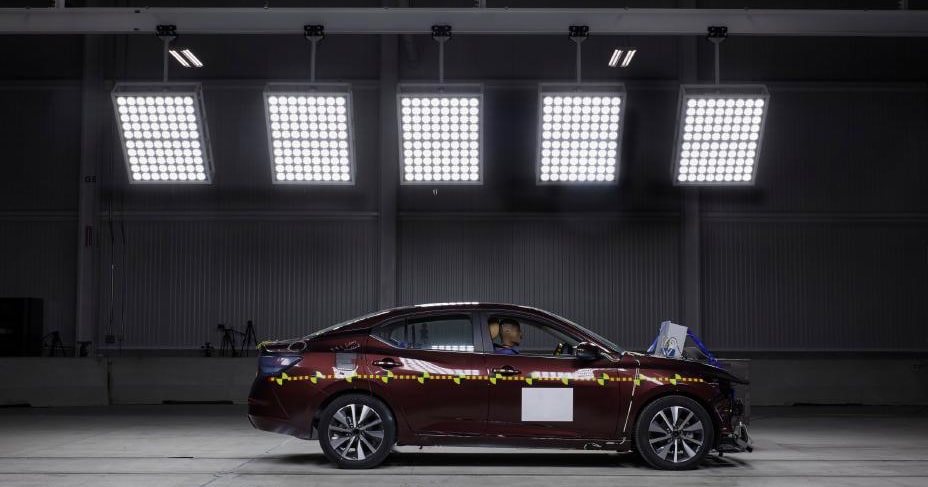 MGA has worked with other manufacturers and testing organizations all over the world to install full-service test facilities. These facilities contain full crash test tracks, accelerator sled systems, and a variety of additional test equipment within the Automotive, Child Seat, and Aerospace industries. As we continue to partner with companies, we strive to provide turn-key solutions to testing and equipment needs both locally and globally.