Over the last 20 years, MGA has grown to become a leader in pyroshock simulation testing utilizing our specially designed pyroshock systems. During this time, MGA systems have set the standard in the industry. Numerous MGA pyroshock machines have been installed at leading aerospace organizations throughout the country. With the market for pyroshock testing growing every day, MGA is pleased to announce the expansion of our testing capabilities with the addition of two new units in our Texas facility. Continuing the space expansion, vibration capabilities are currently being added to support the local industry further. 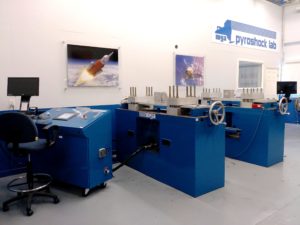 Located in Irving, Texas, MGA is within 15 minutes driving of DFW International Airport.